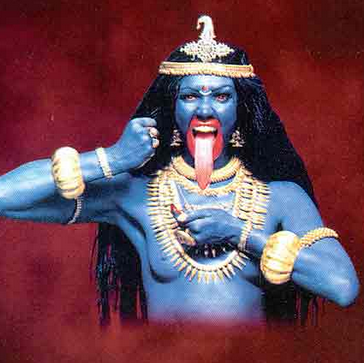 A mind needs a book like a sword needs a whetstone.

(This post is a joint work with @rpaleari, see also his blog here)

Nowadays, exploitation of user-level vulnerabilities is becoming more and more difficult, because of the widespread diffusion of several protection methods, including ASLR, NX, various heap protections, stack canaries, and sandboxed execution. As a natural consequence, instead of extricating themselves with such a plethora of defensive methods, attackers prefer to take the “easy” way and started to move at the kernel-level, where sophisticated protection techniques are still not very common (indeed, things like as KASLR and SMEP are implemented only in the latest versions of the most popular OSes). This trend is also confirmed by the rising number of kernel-level vulnerabilities reported in the last few months in Windows, Linux, and OS X.
Following this trend, we recently looked at few OS X drivers (“KEXT”s) and found a integer signedness bug affecting service IOBluetoothHCIController (implemented by the IOBluetoothFamily KEXT). This vulnerability can be exploited by a local attacker to gain root privileges. The issue is present on the latest versions of OS X Mavericks (tested on 10.9.4 and 10.9.5), but has been “silently” patched by Apple in OS X Yosemite.

More in detail, the vulnerable part of the function is summarized in the pseudocode below. At line 14, the user-supplied 32-bit integer is casted to a 64-bit value. Then, the "if" statement at line 16 returns an error if the casted (signed) value is greater than the number of methods available in the global _sRoutines array; obviously, due to the signed comparison, any negative value for the method_index variable will pass this test. At line 20 method_index is used to access the _sRoutines array, and the retrieved callback is finally called at line 23.

Exploitation of this vulnerability is just a matter of supplying the proper negative integer value in order to make IOBluetoothFamily index the global _sRoutines structure out of its bounds, and to fetch an attacker-controlled structure. The supplied value must be negative to index outside the _sRoutines structure while still satisfying the check at line 16.

As a foreword, consider that for our "proof-of-concept" we disabled both SMEP/SMAP and KASLR, so some additional voodoo tricks are required to get a fully weaponized exploit. Thus, our approach was actually very simple: we computed a value for the user-supplied parameter that allowed us to index a BluetoothMethod structure such that BluetoothMethod.function_ptr is a valid user-space address (where we placed our shellcode), while BluetoothMethod.num_arguments is an integer value less than 8 (to satisfy the check performed by SimpleDispatchWL() at line 22).

As shown in the C code fragment above, the user-supplied 32-bit value (user_param) is first casted to a 64-bit signed value, and then used as an index in _sRoutines. Each entry of the global _sRoutines array is 16-byte wide (two 8-byte values). These operations are implemented by the following assembly code:

At a higher-level, the address of the BluetoothMethod structure fetched when processing an index value "user_param" is computed by the following formula:
struct_addr = (ext(user_param & 0xffffffff) * 16) + _sRoutine
Where ext() is the sign-extension operation (implemented by the movsxd instruction in the assembly code snipped above).

By solving this formula for user_param and searching inside the kernel address space, we found several candidate addresses that matched our criteria (i.e., a valid user-space pointer followed by an integer value < 8). The rest of the exploit is just a matter of mmap()'ing the shellcode at the proper user-space address, connecting to the IOBluetoothHCIController service and invoking the vulnerable method.

The source code for a (very rough) proof-of-concept implementation of the aforementioned exploit is available here, while the following figure shows the exploit "in action".

A side-by-side comparison between versions 10.9.x and 10.10 of IOBluetoothFamily confirms Apple has patched the device driver by rejecting negative values for the user-supplied index. In the figure below, the user-supplied index value is compared against _sRoutineCount (orange basic block). Yosemite adds an additional check to ensure the (signed) index value is non-negative (green basic block, on the right).

We contacted Apple on October 20th, 2014, asking for their intention to back-port the security fix to OS X Mavericks. Unfortunately, we got no reply, so we decided to publicly disclose the details of this vulnerability: Yosemite has now been released since a while and is available for free for Apple customers; thus, we don’t think the public disclosure of this bug could endanger end-users.

Yesterday evening, few hours after the publication of our blog post, we received a reply from Apple Product Security. They confirmed the bug has been fixed in Yosemite, and they are still evaluating whether the issue should be addressed in the previous OS versions as well.